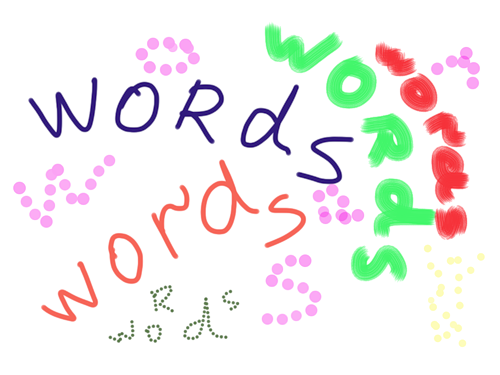 [THE WOES OF MASTERING ENGLISH]
THE WOES OF MASTERING ENGLISH
English may be the lingua franca of the modern world, but it is not all that easy to master. Not even all the English speak good English, if by good English we mean King’s English.
Some Englishmen speak cockney. For a foreigner it is easier to understand what a dentist says when your mouth is open so wide you cannot see his, than what a bus driver says, let alone a trucker.
Now, about that dentist. You know, I find it much easier to understand what people say when I see their faces, especially when I can see the contortions that their mouths make when speaking.
And I must say that it is more and more difficult for me to understand even my mother tongue - Russian! For one thing, in the good old days people spoke s l o w l y! T h e r e   w e r e    p a u s e s   be t w e e n  w o r d s. Get what I mean? Now they chatter away at the speed of a sputnik being launched into outer space. At the time of the first sputnik, it must be said, people used to speak slower, much slower, than today.

At that time Russian kids were mostly taught English as a foreign language at school. Classes were mostly centered around teaching grammar. Speaking was not encouraged, for the obvious reason that kids were not supposed to be speaking to foreigners, most of whom were capitalists, and the rest of them – spies, of course. So, it was grammar and adapted stories from Charles Dickens, to be on the safe side. Small wonder, when a Russian got abroad, he or she could hardly understand anything anybody was saying. For the simple reason that nobody else used the correct grammar.

1990s. Democracy brings relaxation of a lot of rules in the country. And I must say, the teaching of grammar at school is no longer a must. Sadly, grammar erodes. But the teaching of speaking skills has not replaced the vacuum. Small wonder, nobody can hardly say anything in English. But among our favorites are:
Hi!
Bye!
OK!
NO WAY!,
How much?
A bucket of black caviar and a bottle of …
well, you’ll have to guess of what!
Текст и рисунок автора.
also published at: http://lingvostar.wordpress.com/?p=5&shareadraft=52f3ecb4ed4a5
также http://botrossoff.ya.ru/replies.xml?item_no=7
Добавьтесь в друзья! Нажмите кнопку: Статус друга
Сделайте репост записи, нажмите любую кнопку ниже!
А лучше - все подряд!
Tags: ИЗУЧАЮЩИМ АНГЛИЙСКИЙ, ТЕКСТ ДЛЯ ЧТЕНИЯ И ОБСУЖДЕНИЯ, ЯЗЫК И МИР
Subscribe