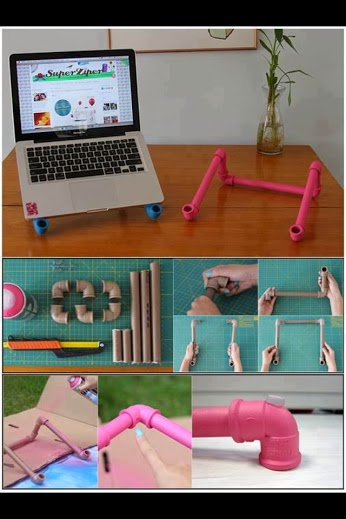 Источник - Why didn't I think of it? Google+ 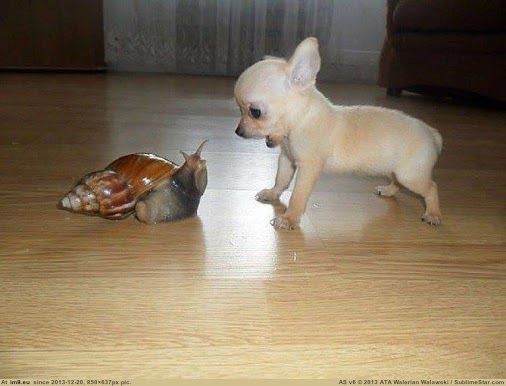 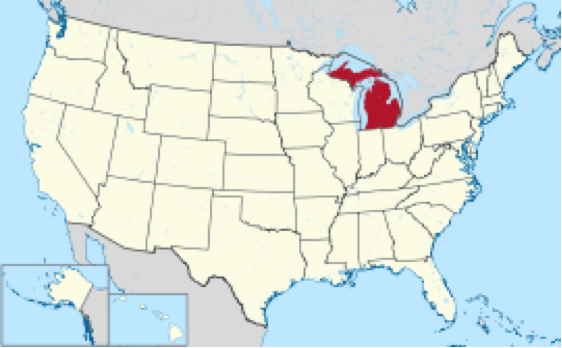 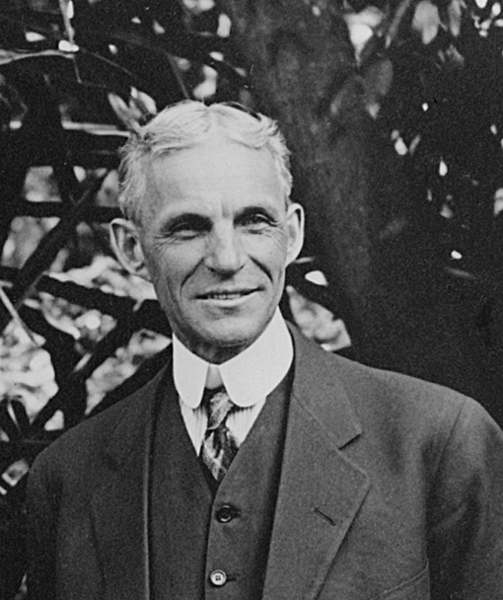 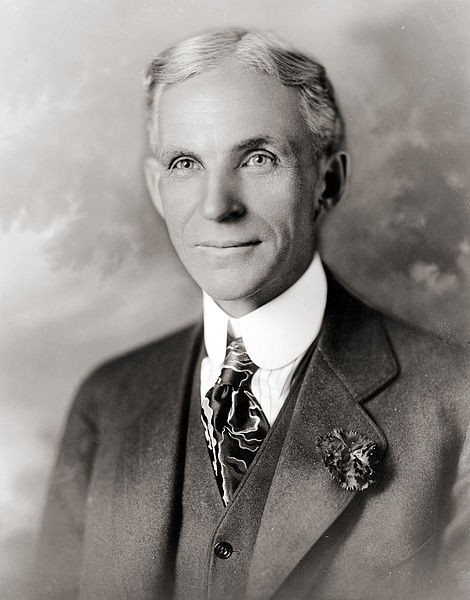 Henry Ford, 1863-1947:
He Revolutionized the Auto Industry
PEOPLE IN AMERICA -- a program in Special English on the Voice of America.
Every week at this time, we tell the story of a person who was important in the history of the United States. Today Steve Ember and Frank Oliver begin the story of industrialist Henry Ford.
Many people believe Henry Ford invented the automobile.
But Henry Ford did not start to build his first car until 1896. That was eleven years after two Germans -- Gottlieb Daimler and Karl Benz -- developed the first gasoline-powered automobile.
Many people believe Henry Ford invented the factory system that moved a car's parts to the worker, instead of making the worker move to the parts.
That is not true, either. Many manufacturers used this system before Ford.  What Henry Ford did was to use other people's ideas and make them better.
Others made cars. Henry Ford made better cars.
And he sold them for less money. Others built car factories. Henry Ford built the biggest factory of its time. And he made the whole factory a moving production line.
Henry Ford had great skills in making machines work.
He also had great skills as an organizer. His efforts produced a huge manufacturing company.

But those same efforts almost ruined the company he built.
Henry Ford was born on a farm in the state of Michigan on July 13th, 1863. The farm was near the city of Detroit.

Henry was always interested in machines. He was always experimenting with them.
He enjoyed fixing clocks.
And he helped repair farm equipment.
When Henry was sixteen years old, he left the family farm. He went to Detroit to learn more about machines.
In 1879, when Henry began work in Detroit, the city was a center of industrial development.
Travelers could tell they were near Detroit by the cloud of smoke that hung over the city.
Detroit was a center of iron and steel making. Nearby mines of lead and salt brought chemical companies to the city.
And Detroit's copper  and brass business was the largest in the world.
One thing Henry Ford learned in Detroit was to have the right tool to do the job. It was something he would never forget.
After three years in Detroit, Henry returned to his family farm. He remained on the farm until he was thirty years old. But he was not a real farmer. He was a machine man. A nearby farmer, for example,
had bought a small steam engine to be used in farming.
The machine did not work correctly. Henry agreed to try to fix it. At the end of just one day, Henry knew everything about the machine. And he made it work again.  Henry remembered that time as the happiest in his life. He said: "I was paid three dollars a day, and had 83 days of steady work.
I have never been better satisfied with myself. "
Another thing that made those days happy was meeting a young woman. Her name was Clara Jane Bryant. Years later Henry said: "I knew in half an hour she was the one for me." They were married in 1888, on Clara's twenty-second birthday.

Henry and Clara lived on a farm near Detroit. But, still, Henry was not a real farmer. He grew some food in a small garden. And he kept a few animals. But he made money mostly by selling trees from his farm. And he continued to fix farm equipment.

It was really machines that he loved.

In 1891, Henry visited Detroit. There he saw a machine called the Silent Otto. It was a device
powered by gasoline.
It had been developed by a German, Nikolaus August Otto. He was one of the men who had worked with Gottlieb Daimler, who developed the first gasoline-powered automobile.
The Silent Otto did not move. But Henry saw immediately that if the machine could be put on wheels, it would move by itself.
He returned home to Clara with an idea to build such a machine. He was sure he could do it. But the machine would need electricity to make the engine work. And Henry had not learned enough about electricity.

So he took a job with an electric power company in Detroit. Henry, his wife Clara, and his young son Edsel moved to the city.

While Henry worked for the power company, he and a few other men developed a small engine. In June, 1896, Henry had his first automobile. He called it a quadricycle. It looked like two bicycles, side by side. It had thin tires like a bicycle.
And it had a bicycle seat.
In 1899, Henry resigned from the power company to work on his automobile.
He won the support of a small group of rich men who formed the Detroit automobile company. By the start of 1901, however, the company had failed.

Another man might have decided that the automobile business was not the best business for him. He might have stopped. Henry Ford was just getting started.

In the early days of the automobile, almost every car-maker raced his cars. It was the best way of gaining getting public notice. Henry Ford decided to build a racing car.
Ford's most famous race was his first.
It also was the last race in which he drove the car himself.  The race was in 1901, at a field near Detroit. All of the most famous cars had entered. And all withdrew, except two.
The Winton. And Ford's. The Winton was famous for its speed. Most people thought the race was over before it began.  The Winton took an early lead.
But halfway through the race, it began to lose power. Ford started to gain.
And near the end of the race, he took the lead. Ford won the race and defeated the champion. His name appeared in newspapers. His fame began to spread.

Within weeks of the race, Henry Ford formed a new automobile company. He left soon after, however, because he could not
agree with the investors. He had no trouble finding new ones.  Henry continued to build racing cars. His most famous cars of the time were the Arrow and the 999. Both won races. And they helped make the name Henry Ford more famous.  Henry used what he learned from racing to develop a better engine. In 1903, he was ready to start building cars for the public.

The sale to Dr. Pfenning was the beginning of a huge number of requests for Ford cars.
By the end of March, 1904, almost six hundred Ford cars had been sold. The company had earned almost one hundred thousand dollars.
Sales were so great that a new factory had to be founded.  At the start of 1905, the Ford Motor Company was producing 25 cars each day. It employed 300 men.

The company produced several kinds of cars. First there was the Model A. Then there were the Model B, Model C and Model F. They were just a little different from the Model A -- one of Ford's most famous cars.  Ford's Model K car was for wealthy buyers.
One of the company's investors was sure the future of the automobile industry was in this costly car.
Henry Ford did not agree. He was sure the future of the automobile industry was in a low-priced car for the general public.
He said then, and many times after, "I want to make a car that anybody can buy."
These conflicting beliefs led to a battle for control of the company. In the end, Henry bought the stock of the investors who wanted to make costly cars.
He was then free to make the low-cost car he believed in.  The story shows the way Henry's mind worked. When he thought he was correct, he was willing to invest his efforts and his money. Earlier, he had walked away from the business of making cars when he could not control the business. Now he had the money to buy the stock of those who disagreed with him.
In 1907, Henry Ford said: "I will build a motor car for the great mass of people.
It will be large enough for the family, but small enough for one person to operate and care for. It will be built of the best materials. It will be built by the best men to be employed. And it will be built with the simplest plans that modern engineering can produce. It will be so low in price that no man making good money will be unable to own one. "  That was what Henry Ford wanted. To reach his goal, his life took many interesting turns. (...)