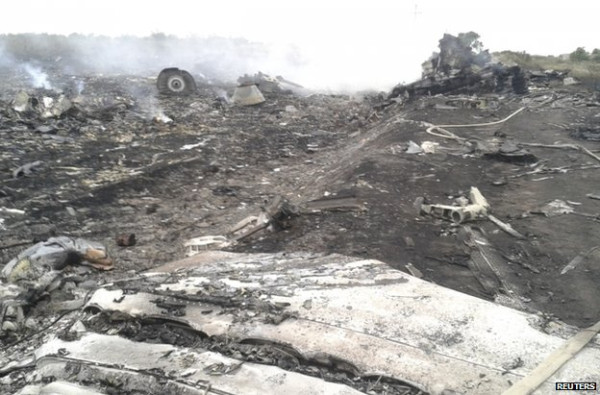 [THE SOURCE]
Malaysia airliner crashes in east Ukraine conflict zone
A Malaysian airliner carrying 295 people has crashed in east Ukraine on a flight from Amsterdam to Kuala Lumpur, amid allegations it was shot down.
amid allegations = there are allegations => some (people) say...
A defence expert has told the BBC that shooting down a plane at 10,000m would have required a long- range surface-to-air missile - possibly guided by radar.
So, it is unlikely it could have been downed by a portable air defence missile, or Manpad, which has a much shorter range.
The only other possibility is for an aircraft at that height to be downed by a fighter carrying air-to-air missiles.
The US will have access to satellite imagery that should be able to identify ultra-violet plumes if a long-range surface-to-air missile was fired.
Jonathan Beale, BBC News