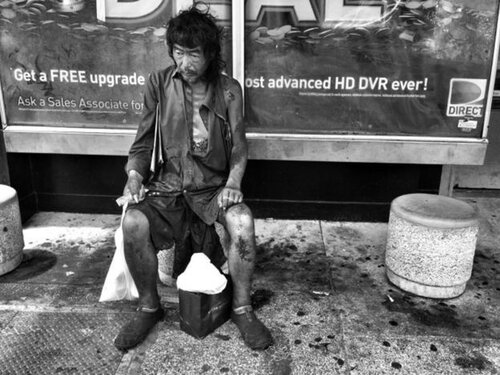 
AND IN ENGLISH (adapted):

Diana Kim has spent the past 12 years photographing people living on the streets of Hawaii. One day she found out that her own father had ended up living rough.
rough [rʌf] - без удобств 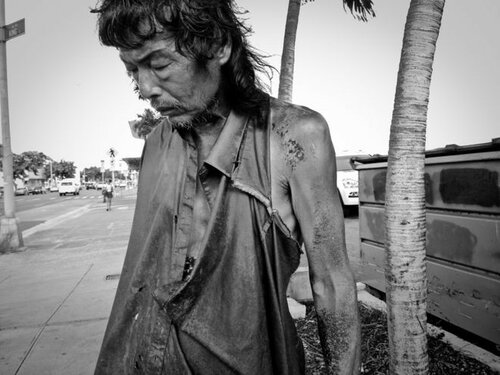 - My father introduced me to photography. He was a landscape photographer and I remember my early years sitting in his studio and watching him make prints.

I don't have many photographs of my childhood because, over time, they've been lost but I can look back at the few I have and I can feel or smell it all over again - it's very vivid. It's a bittersweet experience when I look at the pictures of my father because at the time I didn't know what would happen. 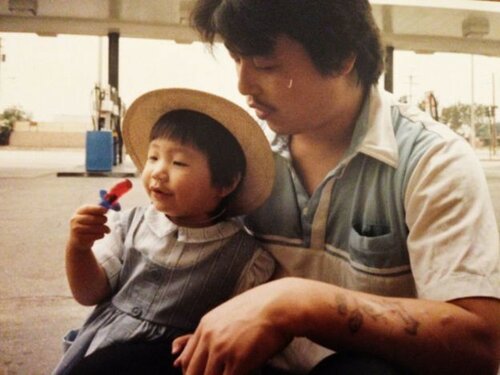 I didn't really have the best memories of my father - he had left my mother and me by the time I was eight years old. He wasn't part of my life during my teenage years - I did see him periodically, but it was not a happy experience.
When I went to the University of Hawaii in 2003, I did my first photo essay on homelessness.
homelessness [ˈhəʊmlɪsnɪs] - бездомность
I saw myself in a lot of the people I noticed on the street, and I really understood what it means - not having a place to call your own. As a little girl I always wanted a permanent home, but after my parents separated I moved around a lot.

Then one day, about three years ago, my grandmother called and said, "Your dad is sick – there is something wrong with his mind." She speaks Korean and I couldn't quite understand what was going on, so I went to see him. I hadn't seen him for years so it was a real shock. He hadn't been taking his medication for schizophrenia, and he was degrading physically because he wasn't looking after himself. 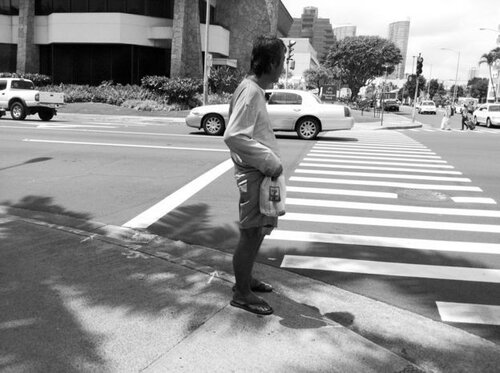 The whole family tried really hard to get him to take his medication, or just eat something, but he just would not listen.
It was as if we were speaking to a wall - there was no-one there. And that's when we lost him.

He didn't become homeless because he didn't have a home - it was because the building manager and the landlord were getting complaints from residents. He was becoming a nuisance. He wasn't a danger to himself or to others, he wasn't threatening anyone, he just didn't look very respectable. The lease was not renewed, and he was evicted.
It all happened really quickly. And my father was truly on the streets with no place to go.

One day I found him standing on an intersection, right across from the fire station.
intersection [ɪntəˈsɛkʃən] - пперекрёсток
I saw this figure standing there, he was holding a plastic bag. I remember I said something to him and he just didn't respond. He didn't look back, he didn't move.

A woman was watching me - she came up to me and said, "Don't bother, he's been standing there for days, he does this all the time."
bother [ˈbɔðər] - суетиться, хлопотать
I got very angry. I wanted to say, "He's my dad!" But I realised that getting angry wouldn't change anything so I just turned and looked at her and said, "I have to try. I have to try."
And she nodded and walked away.

I had friends and family who said, "Diana, you can't get through to him, just let him go, let him be." And I just couldn't.
you can't get through to him =>  до него не достучаться /
он тебя всё равно не слышит
Some days I just couldn't even look at him because it hurt so much to see him in that place. It's like watching someone die, slowly, not knowing how to save them. He existed in this other world, where he was fighting someone, arguing with somebody.

The camera helped me. I couldn't interact with him, so I would use the camera as a barrier, so I could stay longer to watch him, to look through the lens and have some sort of purpose - to stay and document what was going on, knowing that later I would be able to look at it and really sort through my feelings.
When I was out there standing with him in the street I felt really alone.

I didn't take these photographs thinking I would share them with the world, it was something I had to do. I took them so that when I went home I could sit there and process what was happening. I didn't want to forget where he was, even if it was painful - I wanted to remember, to keep going back. I would sit there and look at the images and ask myself what I could do.

In one photograph you can see his shirt is just rags and his arms are exposed, he's really skinny and his eyes are closed. That photograph was actually taken the day a hurricane was supposed to hit and I remember leaving work early and driving around trying to find him and get through to him, "Dad there's a hurricane coming - we need to take you somewhere safe, please get out of here, can you get in my car?" And he just would not move.

Because of his mental illness there was nothing that we could do. We couldn't force-feed him any of his medication. Then, last year he had a heart attack. That's what really saved his life.

I hadn't seen him for weeks. I had been looking for him, but I couldn't find him. Then my cousin called and said, "I got a bill in the mail. Your dad - he's in hospital, he's had a heart attack."
By then he had already been there for weeks and I didn't even know about it.

When I saw him lying there it was amazing, because he was the healthiest that I had seen him in two or three years - he was lying in a clean bed, with clothes that were the cleanest I had ever seen - hospital clothes but they were clean - his face was clean, he had gained a little bit of weight. I didn't know what to do, I kept crying. 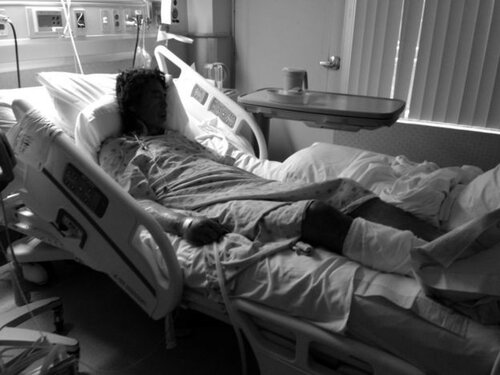 It was a miracle. I thought he was going to die on the streets, and I always prayed that I would be able to see him healthy again. 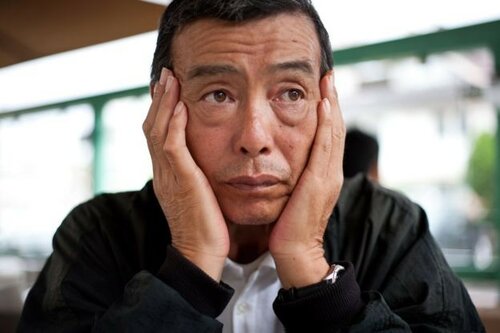 That was the beginning of his recovery. Now he's a lot better, he's taking his medication. He's in a shelter  where he has the help and assistance he needs. I am helping him to get back on his own two feet. 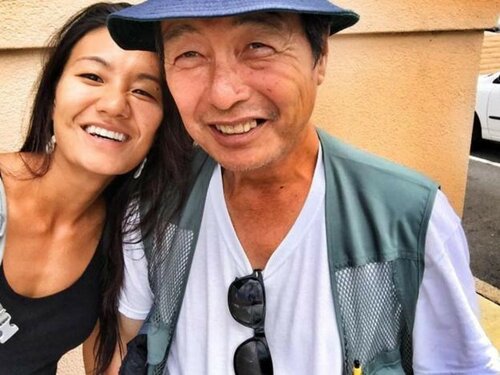 When he was in hospital without any documents or ID I came up with the idea of medical bracelets for homeless people. I bought about 100 waterproof USB bracelets which can hold important information and I've given away about 60 so far.
ID (identification card) - удостоверение личности
Once I asked him how he would describe me. He looked at me and said, "You are a really strong person, Diana, but you have such a soft heart." And that really touched me. Here is a man who I thought, for all these years, wasn't there for me - he didn't raise me, but he knows me. 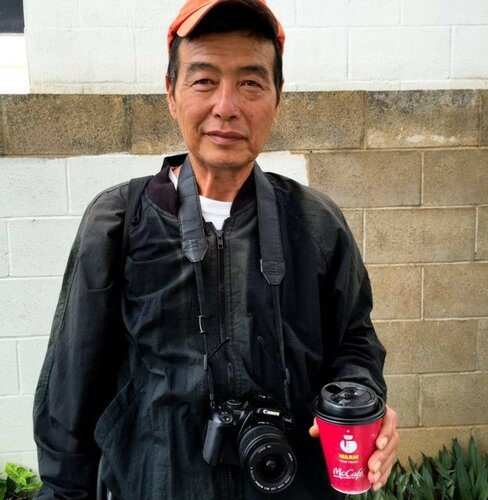 Posts from This Journal “МИЛОСЕРДИЕ” Tag

Posts from This Journal “МИЛОСЕРДИЕ” Tag