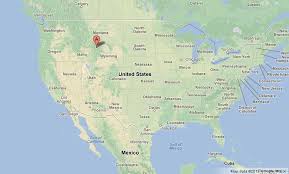 Is it possible that the Yellowstone supervolcano is getting ready for a major eruption?

Scientists are telling us that everything is going to be okay, but there are others that are not so sure.

The quake and aftershocks took place just over 8 miles northeast from West Yellowstone. The main quake was centered about 5.8 miles underground

By itself that one quake would not be very troubling. But this earthquake has been accompanied by 295 smaller ones.

There is normally a rise in seismic activity before a volcano erupts.

Scientists believe that there’s a 10% chance that a “supervolcanic Category 7 eruption” could take place this century.

It has been estimated that 90 percent of all people living within 600 miles of Yellowstone would be killed.

Hot volcanic ash, rock and dust would rain down on Salt Lake City and Denver for weeks.

Hundreds of cubic miles of ash пепел, rock and lava would rise into the atmosphere, and there would follow several days of complete darkness in the northern hemisphere.

Experts believe that such an eruption would dump a layer of volcanic ash 10 feet deep up to 1,000 miles away, and approximately two-thirds of the United States would suddenly become uninhabitable.

The volcanic ash would contaminate most of our water supplies, and growing food in the middle of the country would become next to impossible.

In other words, it would be the end of our country as we know it today.

The rest of the planet, and this would especially be true for the northern hemisphere, would experience what is known as a “nuclear winter”. An extreme period of “global cooling” would take place, and temperatures around the world would fall by up to 20 degrees.

In the end, billions could die.

So yes, this is a threat that we should take very seriously.
The crust of our planet is becoming increasingly unstable,

but most of this shaking is taking  place far away from the continental United States, and so most Americans do not worry about it. But a major seismic ['saɪzmɪk] event could change all of our lives in in a second.

That is why it is so alarming

that there have been 296 earthquakes near the Yellowstone supervolcano within the last 7 days.