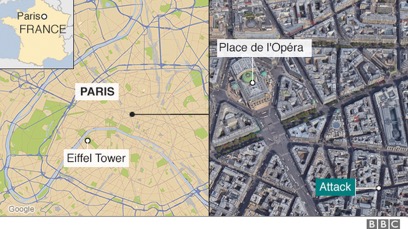 Paris attack: Knifeman kills one before being shot by police

A knifeman has killed one person and wounded four in a suspected terror attack in central Paris, French officials say.

The attacker was then shot dead by police in the Opéra district. Witnesses say they heard him shout "Allah Akbar".

The so-called Islamic State (IS) later said one of its "soldiers" had carried out the attack on Saturday evening.

The attacker was born in 1997 in the southern Russian republic of Chechnya.

His parents have been held for questioning.

How did the events unfold? = Как разворачивались события?

The attacker began stabbing passers-by at about 21:00 local time (19:00 GMT) on the rue Monsigny.

Eyewitnesses described him as a young man with brown hair and a beard, dressed in black tracksuit trousers.

{C}{C}{C}{C} The man tried to enter several bars and restaurants but was blocked by people inside. Police arrived at the scene within minutes.
stun-gun = electroshock gun
They first tried to stop the man with a stun-gun before shooting him dead. 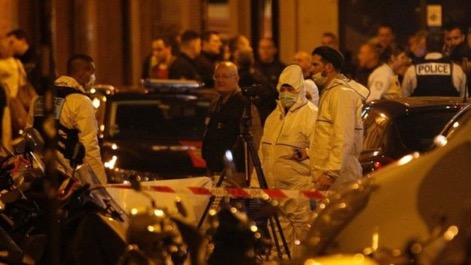 The scene of the attack

The scene of the attack

A waiter at a local restaurant said: "I saw him with a knife in his hand. He looked crazy." He also said a woman who the attacker had stabbed ran into the restaurant bleeding.

Two of the wounded in the attack are in a serious condition but do not have life-threatening injuries.

Later in the evening the IS group said it was behind the attack.

How did French authorities react?

Police were on the scene five minutes after an emergency call and the attacker was killed "less than nine minutes later."

The anti-terrorism unit of Paris has started an investigation. 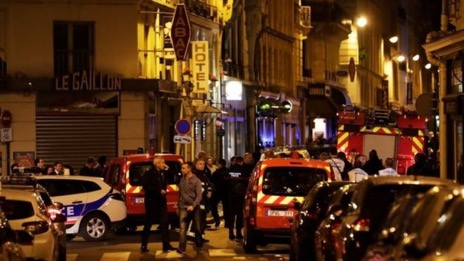 The Opera district is famous for its nightlife

Posts from This Journal “ФРАНЦИЯ” Tag