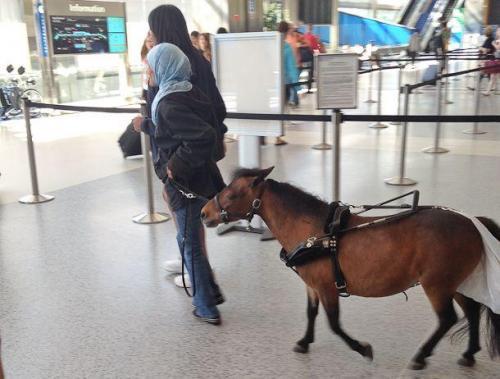 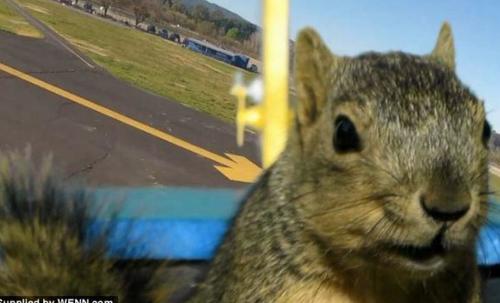 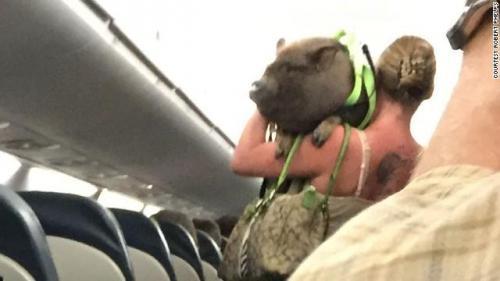 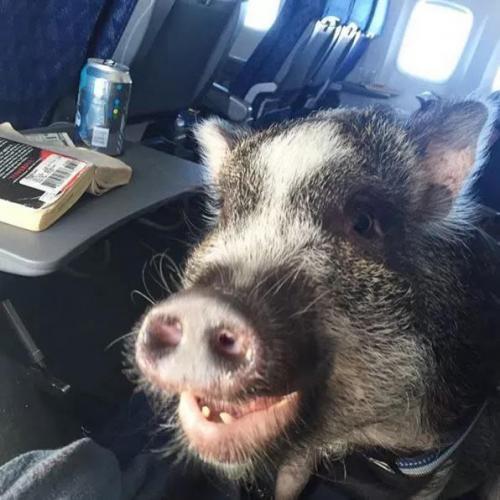 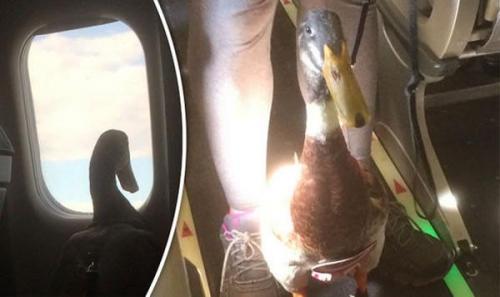 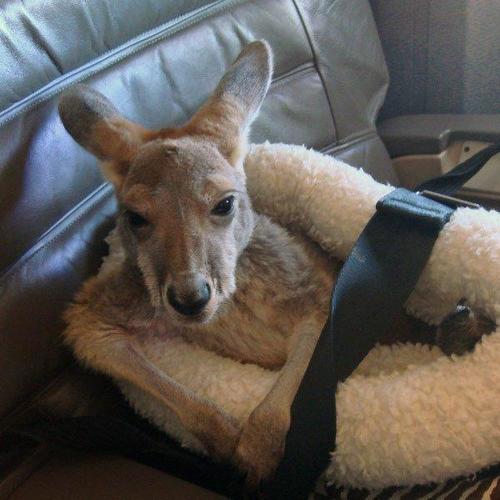 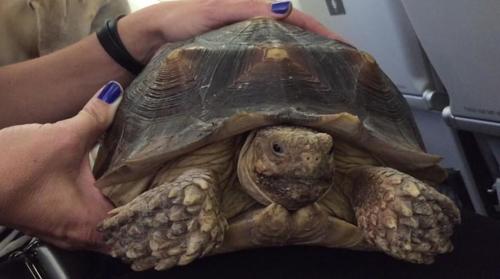 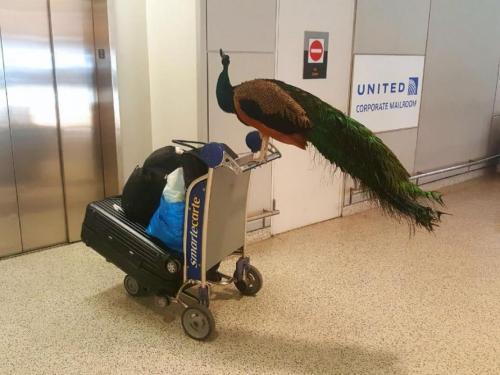 A woman was forcibly removed from a Frontier Airlines flight after she was told that her "emotional support" squirrel wouldn't be allowed on board.

The woman argued that she included in her reservation notes that she would be traveling with an emotional support animal - though the airline argued that she did NOT indicate that said animal would be a squirrel.

Southwest airlines has banned all ESAs except for emotional support dogs, cats and, oddly enough, miniature horses. Meaning that travelers will need to leave their spiders, snakes and peacocks at home, as the following animals have all been banned from US flights.

The nutbag was also carrying a bag of nuts.

Who clears up the mess? - Кто за ними убирает?

What about fleas ?
These people belong in the nut house. - Этим людям место в психушке.

A horse, even a mini, can kick and bite when cornered or over-stressed. Pigs are strong and heavy, and can become defensive. In tight confines, large numbers of people, little space to move, strange noises and forces, these animals should be expected to occasionally freak out.

in tight confines - в стеснённых условиях
to freak out -  психануть

Anyone not capable of independently supporting themselves on a plane, should not get on the plane.

Since they allow cats, next time I’ll have to bring a lion along for the ride.
I must travel with my emotional support culture of ebola virus. It comforts me, people generally allow me extra space...
And they stop me at the gate with my "emotional support" bottle of whiskey,,,

When do we finally ask... Why do we have so many adults with the minds of children?
Can't they just get a teddy bear?
teddy bear - плюшевый мишка