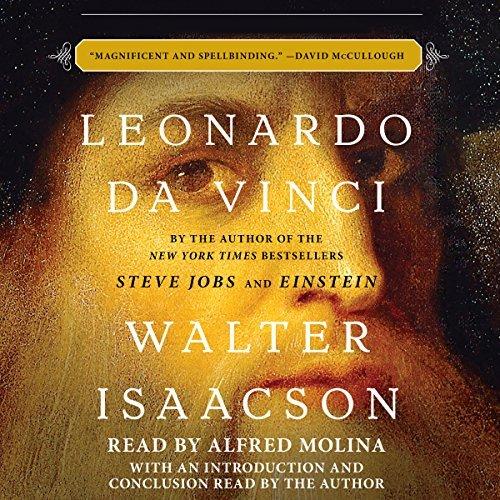 INTRODUCTION
I Can Also Paint

Around the time that he reached the unnerving milestone of turning thirty, Leonardo da Vinci wrote a letter to the ruler of Milan listing the reasons he should be given a job.

[LISTEN AND READ]He had been moderately successful as a painter in Florence, but he had trouble finishing his commissions and was searching for new horizons. In the first ten paragraphs, he touted his engineering skills, including his ability to design bridges, waterways, cannons, armored vehicles, and public buildings. Only in the eleventh paragraph, at the end, did he add that he was also an artist. “Likewise in painting, I can do everything possible,” he wrote, “as well as any man.”
to tout [taut]–
превозносить, расхваливать
Yes, he could. He would go on to create the two most famous paintings in history, The Last Supper and the Mona Lisa. But in his own mind, he was just as much a man of science and engineering. With a passion that was both playful and obsessive, he pursued innovative studies of anatomy, fossils, birds, the heart, flying machines, optics, botany, geology, water flows, and weaponry.
fossil ['fɔs(ə)l]-
ископаемое, окаменелость
Thus he became the archetype of the Renaissance Man, an inspiration to all who believe that the “infinite works of nature, as he put it, are woven together in a unity filled with marvelous patterns.
to weave [wiːv] (wove– woven) – ткать; плести;
сливаться, соединяться, сплетаться
His ability to combine art and science, made iconic by his drawing of a perfectly proportioned man spread-eagle inside a circle and square, known as Vitruvian Man, what was perhaps, a self-portrait, made him history’s most creative genius.
His scientific explorations…

Posts from This Journal “АУДИРОВАНИЕ” Tag