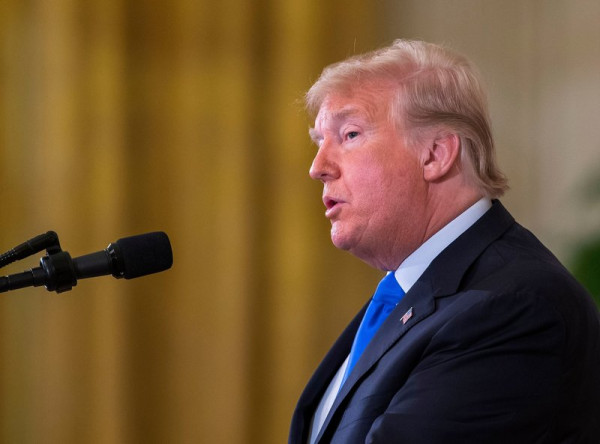 [AND IN ENGLISH (ADAPTED)]

President Donald Trumpis under fire for his reaction to questions put by reporters who speak with an accent.

First, a Japanese reporter, who had an accent, began asking Trump a question about the economy at a press conference at the White House.

The president stoppedhim, asking, “Where are you from, please?”

When the reporter said that he was from Japan,the president said, “Say hello to Shinzo.” (Japan’s prime ministerShinzo Abe).

After this the reporter started to speak, hoping to finish his question, but the president said: “I really don’t understand you.”

What’s more, Trump then said “I don’t understand what you’re saying,” to a female reporter with an accent – she had asked him about the Muslim women who had won seats in Congress.

And when yet another journalist with an accent, from Lebanon, asked Trump a question about Turkey’s president, Trump responded, “Who? I don’t understand him.”

Another reporter said, “I’m from Brooklyn, so you can understand me.”

Many felt it was no coincidenceTrump responded similarly to foreign reporters.

As one reporter pointed out, Trump’s treatment of those with accents is painful.

People with accents are often treated as though they are less intelligent than those without an accent.

This is so common: so many immigrants and children of immigrants have had this experience, and it sticks with you forever: people demean and belittle them for speaking accented English.

But you don’t have to speak English to have sophisticated political opinions.