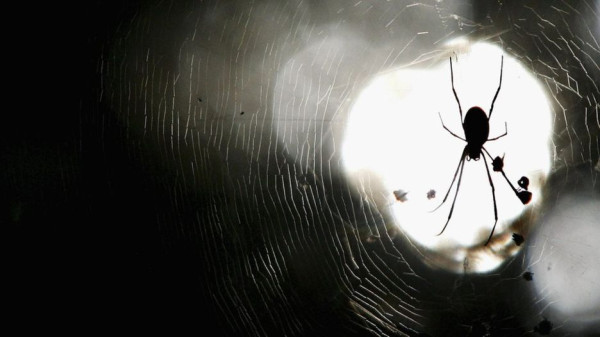 Never a dull moment!
According to police, a passerby raised the alarm after hearing a "screaming" toddler and a man repeatedly shouting "Why don't you die?"

But after arriving at a home in suburban Perth, they found the man had been trying to kill a spider.
In a tweet, police said there had been no injuries during the incident - "except to spider."
"It's just one of those jobs where you go expecting to see one thing and see another," police spokesman told the BBC.
It is not clear what species of spider was involved. Australia has some of the world's most venomous.
However there have been no deaths in Australia from spider bites since 1981 and most of the 2,900 species in the country are harmless.
2 January 2019
https://www.bbc.com/news/world-australia-46735263 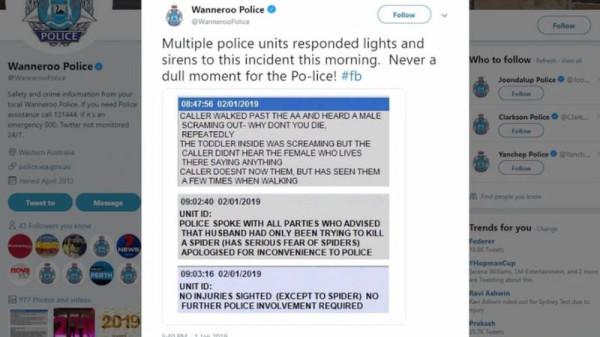