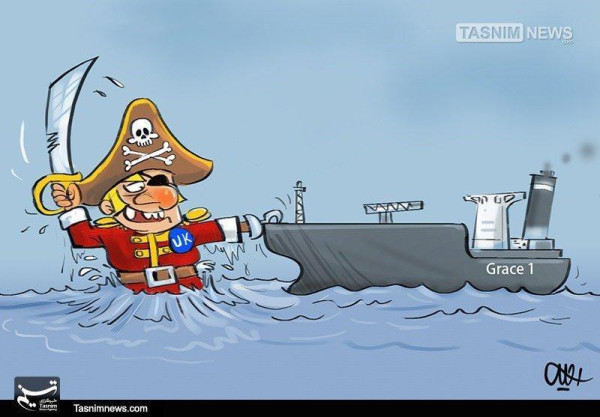 What we are seeing from the UK is old fashioned Imperialism. The notion that Imperial powers can do what they want, and enforce their “sanctions” against Iran, Syria and Venezuela in defiance of international law, because they, the West, are a superior order of human being.

The hypocrisy of arresting the Iranian ship and then threatening war when Iran commits precisely the same illegal act in retaliation is absolutely sickening.