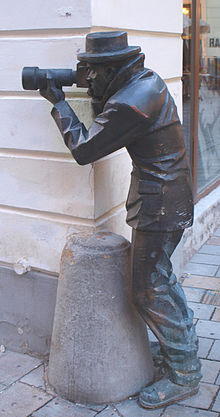 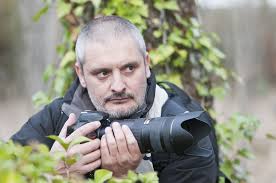 Paparazzi sometimes wait outside the homes of actors, sports stars, politicians and other celebrities. The photographers may shoot pictures secretly as people eat, kiss, shop or take part in other normal activities. These pictures are often later found in newspapers or magazines.

Giles Harrison owns the London Entertainment Group, a large photography company based in Los Angeles. He sells pictures of famous people to all kinds of media groups.

“I used to see celebs all the time. And it never occurred to me that I could make money taking photos of them. And now I know I can. I do.”

Mr. Harrison says people like seeing pictures of celebrities, but…

“What they do not like is how they perceive you get the photos.  It is a guilty pleasure of everybody in the world.”

On a recent Saturday morning Mr. Harrison was looking for famous people to take pictures of -- someone like singer Britney Spears.

Mr. Harrison and his photographers have to watch closely and act quickly to get a picture of someone famous.

“That is Robert Redford getting in the car.”

Mr. Harrison says taking photographs of famous people lets him live his dream of being a reporter and having an exciting life.

Mr. Harrison employs more than 30 other photographers around the world.

“Are you sitting at the right house, because apparently she got burgled yesterday.”

“I am sitting at the right house.”

Mr. Harrison likes to drive around Los Angeles looking for celebrities. He does not like to stand near a famous person’s home, waiting for them to leave.

David Faustino has been a television actor since he was a boy. He is often a target of photographers. He doesn’t like them, but he knows he can’t escape them. He says at least they don’t chase him around like they do other famous people.

“They are a necessary evil. I have been dealing with them since I was a little kid on ‘Married With Children.’ But you know I also don’t have them chasing me around like say, I don’t know, Justin Bieber. It’s all good. We’re in Hollywood.”

Michael Burgeno watches celebrity news online. But he doesn’t like it when the paparazzi photograph celebrities when they are with their children.

“If they are with their family -- yes, I think it should be, you know, that line right there, where they should not try to interact with them yet.”

Giles Harrison says he understands this concern. But he says many famous people use their children to make money.

“When you have people like the Kardashians doing photo shoots with their children, and, you know, selling access to magazines.  Once they open that door you just cannot switch it off.”